To wrap up the 2014-2015 Whispering Woods field season, we're posting some of the experiential essay… Read More 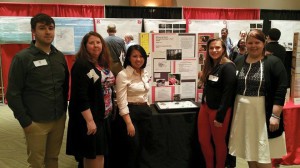 To wrap up the 2014-2015 Whispering Woods field season, we're posting some of the experiential essay… Read More

Finally this week we had everyone in the field.  This was great because it meant there were enough… Read More

While other Rutgers-Camden students enjoyed Spring Break somewhere on a sunny beach, the students of… Read More

Finally after seven weeks of sub-zero temperatures, the Whispering Woods team has returned to the… Read More

The aim of this week's class was to introduce the students to context, stratigraphy, and all the f… Read More

It's official - bones are the coolest part of the body!   This week we learned all about… Read More

About the Dig Site

In 2012, the property of Whispering Woods underwent Phase I testing in compliance with the New Jersey Department of Environmental Protection (NJDEP) Freshwater Wetlands Protection Act (NJ ACC7:7A). After completing 624 shovel test pits at intervals of 50 feet, it was determined that there exist nine potential historic and prehistoric sites on the property. These findings were consistent with existing historic and geographic data.

On the recommendation of the NJ Department of Environmental Protection, the site requires Phase II testing. This excavation will be used to make a formal determination as to the significance of the nine sites and whether further mitigation and investigation will be needed before the property can be developed. Thus far, all nine sites have been registered with the NJ State Museum. Phase II testing will determine if any of the sites meet the Eligibility for Inclusion in the National Register of Historic Places (36 CFR 63).

Read more on the history of the Whispering Woods site.